The Business Case for Safety

If making money, is the number one objective of a business, and no profit soon equals no business, and so on. I believe it is only right to expand on the business case for safety.

Building on the concept that making money is number one, it is imperative that safety professionals understand, and can speak to the business case for safety. Managers & executives, should ask this of their safety people. It is the fine details I’m referring to, the financial impact on the bottom line, not the concept or ideology of the business case.

I believe that most people understand this concept. But my observations are that measuring and tracking the real costs of incidents against the bottom line is rarely done and poorly understood. If you disagree, have a look at your incidents and investigations. Is there an accurate dollar value recorded? If so, how accurate is it? Are the dollar values of incidents recorded on a management monthly report? If so, you’re doing it right. If not, please read on.

My thoughts on this idea were proven right when I saw a laser engraved plaque in an office foyer that read, “XXXX Project – On time and under budget”. Now I knew about this project. I participated in an investigation of an incident that that revealed a problem with a critical piece of equipment. The resulting costs added up to approximately $300,000.00.

I call the words, “XXXX Project – On time and under budget”, B.S. Something is amiss. How can that be?

As I help with investigations, I am finding that the costs of unplanned events are either under reported, overlooked, misunderstood, or just missed in the report.

I totally understand that most people do not want to talk about that elephant in the room – the costs of an incident. If you are in a safety role reading this, can you recall the last incident you investigated and what the financial impact was to the company’s bottom line or capital project? Not an estimate, but the actual calculated cost, including using a cost multiplier – that iceberg thing we were taught in basic incident investigation training. Was this cost included in the report? If you are a manager reading this, did you give the cost of the incident to the safety rep? Did they ask?

I was in the position of safety manager for a drilling rig company in Alberta a few years ago. We had a major wreck on one of the drilling rigs. It was one of those 3 am phone calls kind of wrecks that pulls you out of a nice deep sleep to wide awake with a racing heart beat and the it was a turning point for me as a safety professional when doing investigations of undesired events. Until that point in my career I wasn’t totally sure I was having the influence & impact with management that I wanted and or needed. The real costs of undesired events and losses was a white elephant that was not talked about. Nearly 15 years later I’m still finding that the real costs of the events are either under reported, overlooked, misunderstood, or often just missed in the reports.

The crew had just finished a “slip & cut” task. This means that the traveling block (basically a 150 ton pulley with multiple wheels inside for the cable to travel through) is secured in the derrick and the rig crew slip the drill line (a 1” or 1 1/8” steel cable) through and cut off the worn cable that hoists and lowers the travel blocks inside the the derrick. This raises and lowers the drill pipe in & out of the well when it is being drilled.

There is another device called a crown saver that acts as an emergency stop on the drum that rotates and spools up the new cable. It was moved for the slip & cut task. When it is set correctly, it is designed to stop the drum from rotating preventing the travel blocks from smashing into the top of the derrick – the crown.

The superintendent and I went to the site and we began our investigation and root cause analysis. While those findings are a story for another day, I want to talk about the costs, the financial impact.

After the initial investigation of the accident, I started to calculate the costs. This included the repair costs and down time, the cost to drag the rig off the well bore, and the cost to ship a new rig out to the well site and rig up. The costs were beginning to be substantial.

I then asked my boss, Randy, who was the company COO, “what are the average profit margins for a drilling rig, and do we have work lined up for this rig once the repairs are completed?”

“What do you need that for”, he asked.

I responded, “Oh, I’m just trying to figure out how long the rig will have to work for free until the costs of the accident are paid”. It was suddenly very quiet. I looked up at him after scribbling some calculations on a note pad. Now Randy is one of those guys always with a smile and a good laugh. He was not smiling and he was not laughing. I thought I had rendered him speechless.

He placed his hand his hips looking down at me and said. “Well?”

He just pointed at my note pad. His body language speaking volumes.

“It will take the entire winter drilling season to pay for the accident. That rig essentially works for free for nearly 3 months until spring break up” I said.

This kind of talk with management gets attention. If you are facing some challenges to improve safety where there are accidents or incidents, and high potential near miss events, or get told that safety costs the company money, start gathering accurate information on the real costs of undesired events. Speak to the financial bottom line. Speak the language that business leaders can relate to.

I am working a white paper with more details on “how to” make the business case for safety. If there is interest, I’ll post it on my web page www.keep-safe.ca.

Craig Gauvreau is a CRSP (Canadian Registered Safety Professional) with over 20 years experience in industrial health & safety. Craig began his career in the Canadian Armed Forces and served as sergeant in the Infantry. Now as a health and safety leader in the energy industry his no-nonsense leadership and genuine care for his fellow workers enables him to cut to the heart of an issue and move safety beyond rules and procedures. Craig makes safety personal.
Stop Saying Safety is Number 1 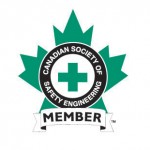